Laser Hair Removal for Sydney Men – Is It Needed?

Many men believe that “everything stops growing” at the end of puberty. This may be the case with height and overall build, bearing in mind our body type. However, some features continue to evolve.

We may notice a squaring of the jaw or broadening of shoulders into our late twenties. The nose and ears will get larger until the day we die. Most noticeable though, is the continued expansion of body hair.

That’s why hair removal techniques like laser hair removal are gaining popularity even among men in Sydney. What was once a sleek teenage body with a hint of light downy fur glinting in the sunlight, can over time become a heavily forested chest, matted back, or dark hairy hands, arms, and legs. Let’s face it, by middle-age it is quite possible to see long tufts of hair sprouting on shoulders, protruding from the nose, and escaping from the ears faster than a bat out of hell!

Hair is governed by genetics. Some men will remain almost hairless throughout life. Others will see the spread of hair continue. Some will notice hair disappearing from the head only to resurface on the back or torso; with follicles even emerging as super-hairs from the eyebrows. Often these areas don’t begin to come into “full bloom” until a man is well into his 40s.

Men often laugh-off unsightly body hair. A shirtless social footballer may be nicknamed “fullback”. Excessive nose hair may be jokingly labelled a disposable moustache; coiled-up in the nostrils and easily blown out when required.

“Migratory” is another term often used for hair appearing randomly on previously sleek skin. Often, men are afraid to alter their appearance, including taking advantage of laser hair removal techniques, because their mates will dish-out humiliating taunts next time they go shirtless in public.

Hairy Man vs Smooth Man – Which is Better?

Women seem to know where they stand with hair. Men though, seem as confused as ever. Could it be that men are receiving mixed signals from the opposite sex…?

On one hand, we hear that a smooth torso is all the rage. Then we have the “traditionalists” advocating the hairiness of “real men”. Opinion is divided, as evidenced by discussions online.

Find the Eden Laser Clinic that’s closest to you

“Whilst too much back hair on a guy can be off-putting, I cannot stand men who fuss over their bodies like sissies, plucking and waxing every hair. Leave that to the women, gentlemen. Give me a man’s man any day.”

“Obviously we move in different circles…as my friends and I all like our men hairy. If I wanted to be with someone hairless I would be with a woman.”

“I see some men with hair erupting out of the neck of their shirts or the collar of their backs. There is only one word I can think of …grotesque. If I were like that, I wouldn’t need a woman in my life to tell me what to do. It would be gone.”

“It’s alright for men to be a little hairy. But the gorilla look is really off.”

The Answer? “It Depends!”

Overall, it seems there are two major considerations. The first is personal preference. The second is consideration for your partner’s preference. It is not effeminate for a man, in consultation with his partner, to make unilateral decisions about subjects that affect them both. In fact, it is the sign of a healthy relationship.

The good news is that hair removal is easier than ever to achieve. The best technology in Australia utilises medical grade lasers. The Candela GentleLase Pro, available in Sydney’s most progressive clinics, is considered superior to other machines. Permanent solutions in removing unwanted hair by laser hair removal mean that customers can be selective in minimising hair a little or a lot, without having to lose that manly appeal.

We will match any competitor’s price 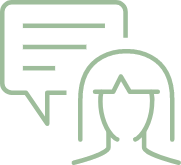 Still unsure? Get in touch for a free consultation.

Stay connected to the latest promotions and offerings
Close

Choose a clinic to complete checkout